Why straw bales are increasingly popular for timber-home walls.

The first little pig built his house out of straw because it was easy. The big bad wolf huffed and puffed and blew the house down.

While that’s what happens in the famous “Three Little Pigs” fairy tale, a straw house is nearly impossible to destroy in real life. Straw-bale homes are not only pretty strong, they’re also incredibly energy efficient and have a long history of success in residential construction.

Early pioneers arrived in the Sand Hills of Nebraska needing homes, but when they realized that their sandy soil did not make good sod homes and their lack of trees meant little or no wood for framed homes, they turned to the straw that was left over from the grain harvest to make their walls.

Straw was baled, and the bales were stacked brick-like to roof height, plastered over for strength and protection and then topped with sapling timbers and grass or boards for roofs. Some of those early straw-bale homes still stand. Only their roofs have been improved. And with today’s concerns over energy costs, the fact that the straw homes are very energy efficient is a huge plus. Most straw bale walls are R-30, compared with the R-17 of a conventionally framed home.

“It’s hard to beat the feeling of a straw-bale house,” says Trey Warren, who has built six timber-frame homes with straw-bale walls from his location in Lander, Wyoming. “They are quiet and warm, more like a womb than a room when you’re inside. It’s just a very pleasant place to be.” Warren is owner of Whimpy Wolf Builders, a flip of the big bad wolf who blew down the straw house in the story.

See also What is a Solar Tube?

The first thing prospective buyers want to know is: Are the bales the same ones as those used for animal bedding in the barn?


They could be, but they are not. The ones generally used in construction are compacted and baled denser, with longer strands, by specialty baling companies.

The bales are typically 16 inches high, 18 inches wide and 36 to 40 inches long. The straw is often the waste product of the cereal grain industry; it is not the stuff you see farmers cutting and baling right in the field, seed and heads and all. That is hay, which is used for feed. “Hay is for horses, straw is for houses,” Trey says.

They are not. A couple of recent tests, one at Bath University in England and the other in Texas by the Ecological Building Network of California, showed that clay plaster-covered straw-bale walls can withstand heat of up to 2000 degrees Fahrenheit for more than one hour. Fire needs fuel and oxygen. The straw is packed so tightly that it chars on the outside but never combusts. “It’s like trying to light a phone book on fire,” Trey says. “During construction, you have to keep loose straw to a minimum because that’s the biggest fire hazard.”


The last major question about straw-bale construction is: Aren’t these walls susceptible to all of the hazards associated with water and moisture infiltration?

Again, like the fire question, the answer is no, if construction is done right, and then the greatest danger is before and during construction, not after the house is built.

At the same two fire tests cited above, the straw-bale walls were subjected to a test of water blasted from a pressure hose for several minutes. It demonstrated that no damage and no infiltration occur when the bales are covered properly with the clay or cement plaster. “With any kind of building, you need to detail it properly,” Trey says. “We take a lot of pains to keep the bales dry during transportation, storage, stacking and construction. If they get wet, we don’t use them.”

Considerations for builders include the extra width of the foundation walls to accommodate the 18-inch bales and for the deeply inset windows and doors. They also generally keep plumbing out of the exterior walls.

Most people who come to Whimpy Wolf Builders ask for a straw-bale home because of the energy efficiency. The company’s niche has been good for business during the downturn of the last two years. “Busy, busy, busy,” is how Trey describes his building schedule. 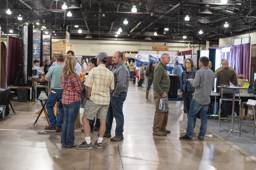 Your Checklist For Finalizing Construction Plans 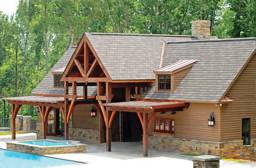 The Timber Frame Company Helping Preserve the B...