This Upstate New York retreat started life as a 1970s-era horse barn. When architect and interior designer Anthony DiGuiseppe purchased the property, he converted it into a house.

DiGuiseppe added atimbered front entry and a pair of 19th-century doors that originally stood in the courtyard of a prison in southern France.

In the main living space on the upper level, DiGuiseppe altered the original roof trusses and timbered supports to provide lots of headroom. A stone-faced, zero-clearance fireplace dominates one end of the room and creates a warm zone for reading and conversation.

One end of the upper level is devoted to a modern kitchen. Preserving the original timbers in the walls and ceilings emphasizes the building's heritage.

The renovation included the addition of three bedrooms and a bath on what had been an earthen main level.

The Da Silvas found this old bus station placard in a local antiques store. It brought back memories for Michelle, who is originally from the Midwest, so they made it a part of their new retreat.

This Upstate New York retreat started life as a 1970s-era horse barn. When architect and interior designer Anthony DiGuiseppe purchased the property, he converted it into a house.

Joe and Michelle Da Silva were invited to Upstate New York for the Fourth of July weekend in 2005, and before long, they were scouring the area for their own retreat. For the next three or four weekends, the couple traveled from New York City and eventually found a fully renovated, three-bedroom cottage in Accord, New York, they couldn’t walk away from.  “We signed on a Tuesday and brought up one of those blowup beds and a bottle of champagne and stayed there that night,” Joe recalls. “We went back to work on Wednesday, and by Friday, the furniture started arriving. We had nothing to do to the house.”

What they had stumbled across was a 1970s-era horse barn that had been converted into a timbered house by New York architect and interior designer Anthony DiGuiseppe. The building was on a 30-acre tract of land, some 100 yards from an 18th-century stone house DiGuiseppe had purchased a few years earlier. Without horses or other animals of his own, DiGuiseppe had decided the building could be better used as a house, and he launched into a total gut-rehab that would preserve the feel of the original in a thoroughly modern package. What drove the renovation was a magnificent view of the historic Mohonk Mountain House and the ridge on which it sat, most visible from the upper level of the building. Instead of creating a conventional layout with bedrooms on the upper level, and kitchen and living areas on the main, DiGuiseppe put a large living area with an adjoining deck on the upper level of the building where its new owners had an unobstructed view.

To create a lofted ceiling with adequate headroom, DiGuiseppe altered the timbered roof trusses, raising some and removing others. A modern kitchen at one end of the building gives way to an open sitting area with a fireplace and access to the deck, and the views, beyond.
Downstairs, three bedrooms, a mudroom, a bath and a laundry/storage area complete the layout. Linking the two floors is a spiral stair that DiGuiseppe found in the building and had refurbished.
Other than bringing in their own furniture, the Da Silvas have made virtually no changes to the building since they moved in. The building has the cozy look and feel of a barn but all the amenities of a fully equipped, contemporary home. “It’s the best of both worlds,” Joe says.
“One of the things we were very careful about was to not have any wiring exposed and to maintain the structural element of the barn and the large beams so you could see them,” DiGuiseppe says.
With the interior of the building gutted, he was free to rewrite and insulate with blown-in cellulose before finished wall surfaces went in. Heat on the main level is provided through a radiant-floor system, but because the main-level ceiling is also the upper-level floor, extending the radiant-floor system upstairs wasn’t feasible. Instead, DiGuiseppe added cast iron baseboard radiators there. 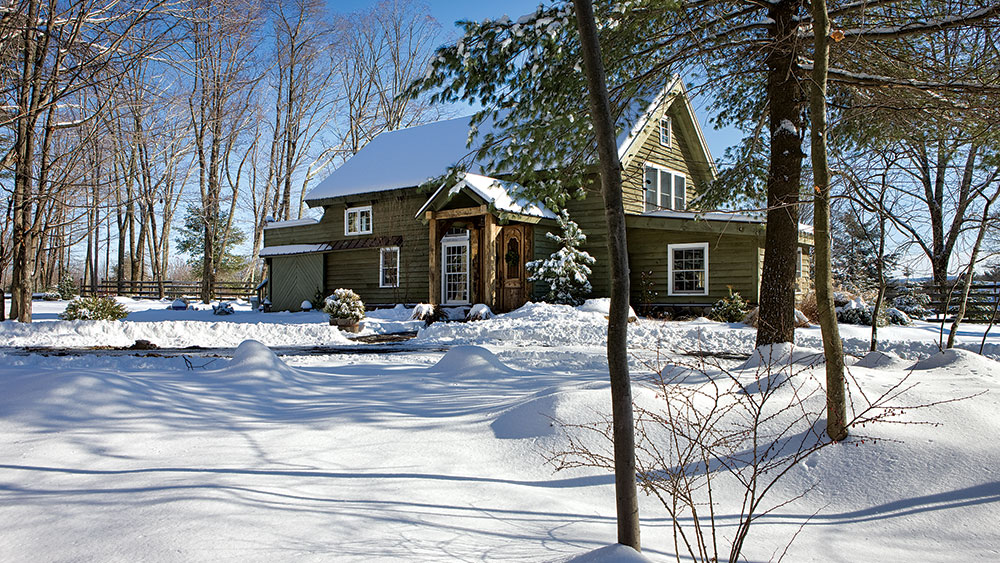 Outside, DiGuiseppe added a small appendage to the building for the front entry using locally sourced beams and clad the outside of the house with local white pine. It’s painted a light green that blends with the surroundings.
The house is a powerful pull for the Da Silvas, who make the hour-and-three-quarter trek north most weekends in the summer, spring and fall, along with more extended vacations and regular weekend visits during the winter.
So attractive is the idea of getting away that the Da Silvas moved out of New York City to Hoboken, New Jersey, on the other side of the Hudson River to shorten the drive. “We go up and kind of chill out,” Joe says. “We don’t entertain as much as we should.” 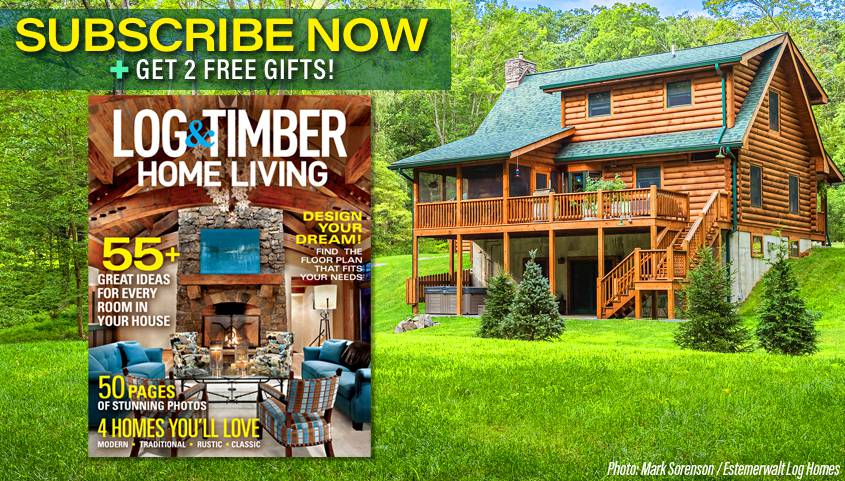